INSIDE THE MIND OF A POLITICIAN

_____AN INTERVIEW WITH NARESH AGARWAL

Yeah, don’t we all know that you’re an apostle of truth. But why?

Why did you call her Nachnewali?

Jaya Bacchan, your erstwhile colleague in Samajwadi Party to whom you lost your Rajya Sabha seat.

‘Oh that’s a minor matter. In politics, it’s a non-issue. Moreover it was a pun. A smart play of words. I am Nar and Big B’s bibi is just a Nari.’

Oh, is that? I didn’t know that. But now you’ve to deal with the real Nar, the omnipotent Narendra Bhai, your ever nice as pie new boss.

‘Is he? I think we politicians have no bosses, only slaves. Anyways, I believe he will eat humble pie.’

Could you explain that?

‘Look, it’s simple. First, Araria and Jehanabad, then Phulpur and Gorakhpur.
And now, that Babu guy who heads TDP has ditched him. Shiv Sena would follow soon.

‘All pies in the sky. It’s going to fall soon like a House of Cards. The allies will ditch him one by one I tell you. Come elections, he will eat humble pie.’

‘I am smart and loyal too, I will not ditch him or leave the country unlike some traitors, unless…’

Look, whatever I do comes with a pre-condition. I want a piece of the pie.

I am sorry, I didn’t get you. You have to be more clear.

‘I want UP_lock, stock, and barrel. I want him to read the writing on the wall and hand over UP to me.’

But what about Yogi then?

‘He can go to the Himalayas for all I care.’

“I have been compared with those who dance and work in films,” Naresh Agrawal said today at an event in Delhi to mark his entry to the BJP 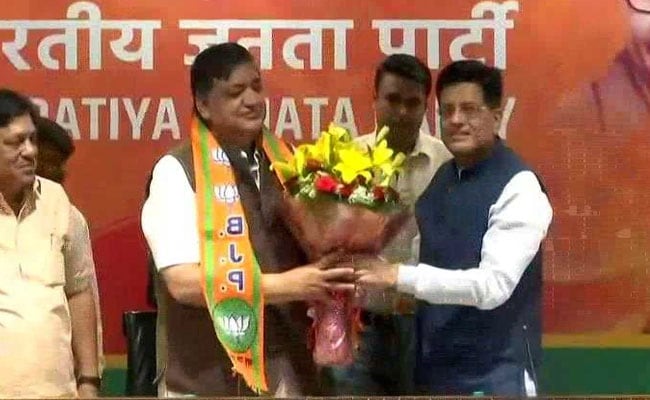 Former Samajwadi Party leader Naresh Agrawal who joined the BJP took a swipe at actor-turned-politician Jaya Bachchan, stating:
“I have been compared with those who dance and work in films,”.