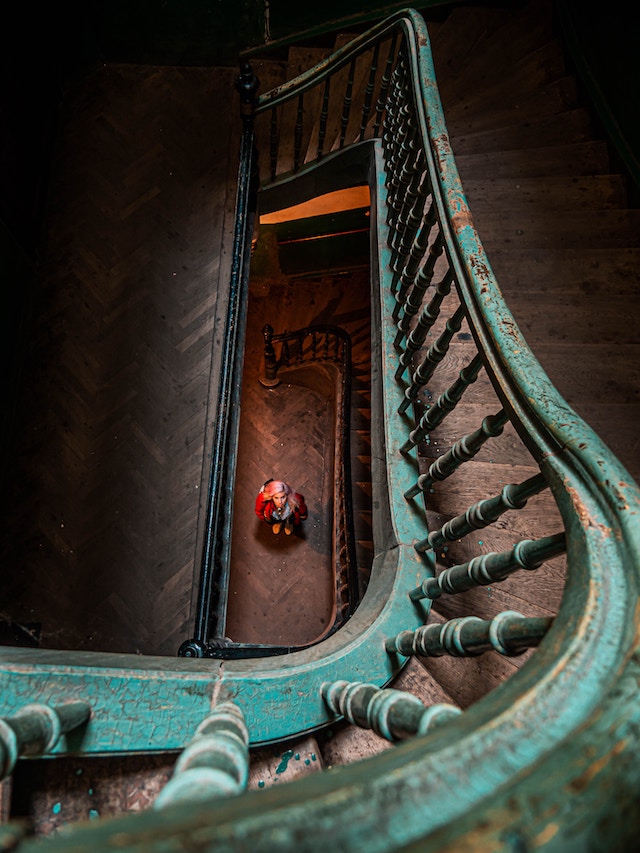 Sheeba stared upwards and there, as far as the eye could see were a never ending flight of circuitous steps. each more tortuous and more elevated than the other.

As her mind went dizzy at the meandering panoramic vision that danced in front of  her eyes, she likened the sight to the meandering, cicumlocutory  lectures, more didactic than pedantic that she was made to sit through day after day, week after year, month after month, and yes, for three full years, before she had managed to wriggle her way out of college with an Arts degree under her belt.

Her feet shuffled as her mind came to terra firma, and she took her first tentative steps up the rickety wooden steps, knowing fully well what a uphill climb it would be before she even came closer to figuring out who the killer or killers of her father was or were.