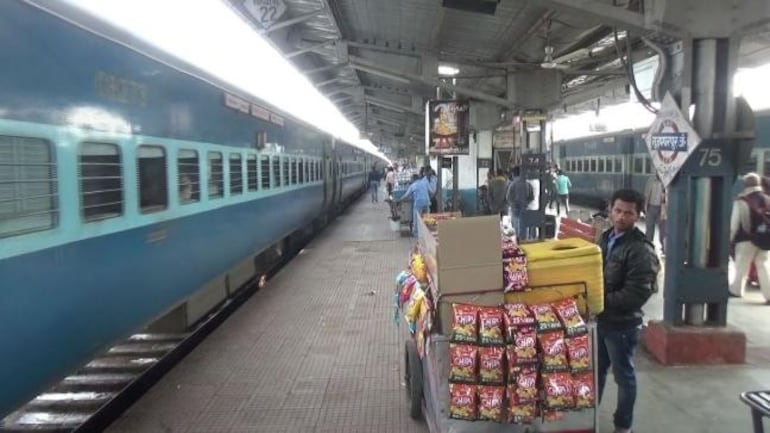 Even before the train screeched to a halt, Jatinder had spotted the soft drinks trolley vendor from behind the bars of his corner window seat.

Stepping onto the platform, he half ran towards the cart which was a good two minutes’  distance from where his train compartment was.

An avalanche of passengers from the long distance Amritsar-Chennai Passenger were now converged around the vendor, who was at his wit’s end trying to do the near impossible—hearing out each customer, honouring their myriad requests, deftly handing out soda and lemonade bottles, asdorted tonic concoctions, cold water pouches, the ubiquitous milk packets and ice cream bars.

“A litre of milk, please”, Jatinder shouted out, his voice rising above the ensuing din.

“Here, our baby’s milk has come,” he proclaimed  forty seconds later as he handed over the milk pouch, an ice cream bars and a cold water bottke to his wife before slumping into his seat.

Outside, the train wheels were bidding goodbye to the nondescript one horse town Kathua’s lone station, the next halt a good five hours away, just about time to ensure the couple’s two year old daughter remained quiet and satiated as the Deol family from distant Kapurthala made their way to Chennai, where Jatinder Chaddha was to   resume duty as a security guard in a leather goods factory.