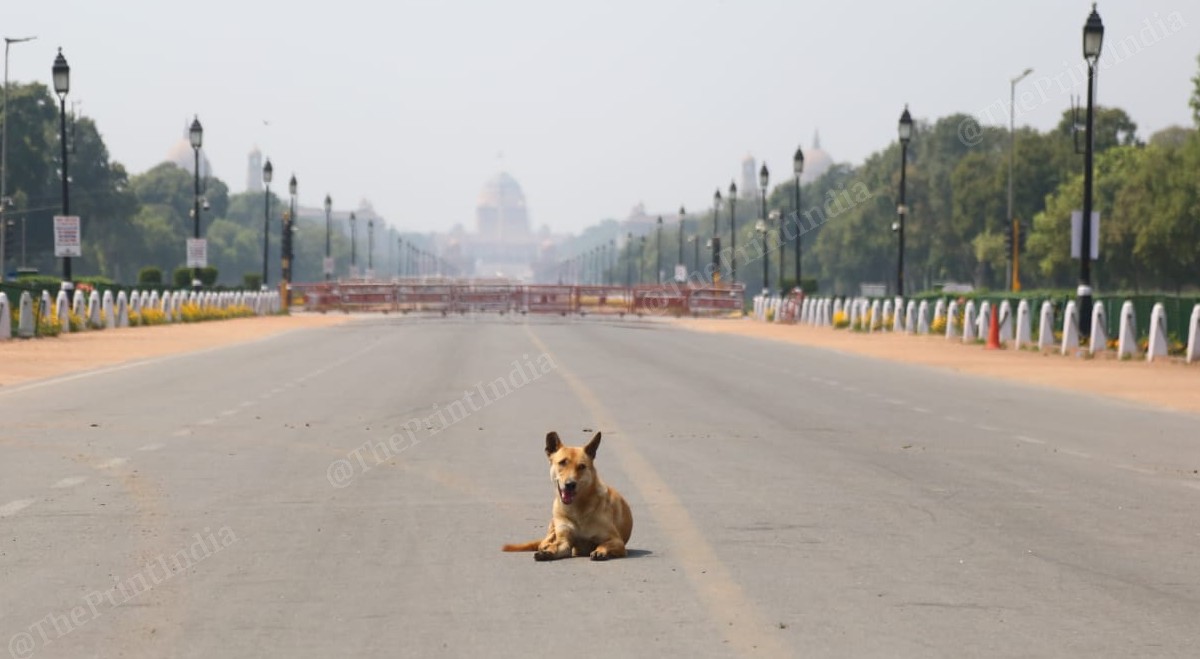 “What a sight! unbelievable!
buddy, didn’t I tell you every dog has his day, “exclaimedBoxer in utter exhilaration as he stretched out expensively on a mosaic laden empty street at Connaught Place, the heart of Delhi, the heartbeat and also the national capital.

Watching him barking his lungs out, the handsome golden furred doberman’s new
new best friends, Meera the cat purred in concurrence while Johnny Monkey bared his teeth and swung from the Starbucks rooftop to Mcdonalds, before settling down on a tall tree branch.

Amidst all this merriment, Melody the Cat expressed her concern, “while all this is good  and that we friends from the animal and bird kingdom—every single
dog, cat, cow, monkey, pig, parakeet, barbet, squirrel, rat, dear, lion, peacock, black buck…in short every single living being is having the time of our lives,  having reclaimed what was ours, I fear for the future as a little bird tells me  that they, I mean these (in)humans are resolute in their efforts to drive us all back to the boondocks  and that there would be no more safety and that it would be back to a dog’s life for all of us soon”.

Hearing this ominous news everyone became still and the atmosphere turned a little despondent before Peter  the Owl spoke. his words the epitome of wiseness, ” Not to worry, my dear friends, for knowing these humans as well as we do, I am pretty sure that even if they do so and recapture our natural beautiful habitats, very soon they would once again land themselves in the same sorry monumental mess that they currently find themselves in”.