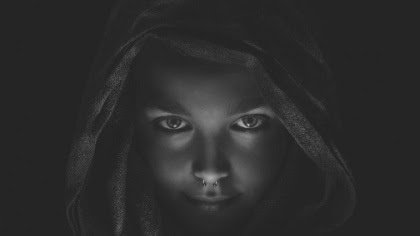 The words hit Nitin like a ten tonne truck, smashing his skull to smithereens.

He woke up, dripping in sweat, his head feeling like crushed pulp, as if a 300 kilo champion Sumo wrestler had sat on it.

Pulling himself up, Nitin propped his head against the pillow and closed his eyes.

Seconds passed as he heard his heavy breathing smash against the roof and spiral away like dead leaves.

Then, for the next few moments, he felt nothing. It was as if he had just woken up and he was in his third floor apartment room, sitting comfy on his massive bed, and the world was as it had been when he had gone to sleep last night.

As he smiled and reached for the cigarette case, the tenuous illusion of normality that he had so desperately clung onto broke apart.

The phantasm of hope that had flickered only moments ago  now lay destroyed, his terror stricken eyes searching the mosaic floor below for remnants of it.

Alas! that was not to be.

The image that had birthed in his fossilized mind sprang back to life.

Nitin puffed away furiously pulling in toxic fumes into his lungs; but, alongwith deadly fumes something else invaded his mindscape___her beautiful face, the innocence of smile, the wrinkling around her eyes staring into him, two large ovoid black balls that emitted a melange of green, blue and red tinged lights whose intensity blinded him instantly.

His heart torn asunder, his mind a drowning dinghy, Nitin leapt out of his bed and ran towards the open window.

The horrific vision, her face, now a blood splattered red, the eyes, two monstrous fireballs followed him there too, giving him no respite from his hallucinatory state.

Finding himself tottering on the fluid edges of sanity, his protuberant head a swirling, twirling unhinged Ferris Wheel gone off the rails, Nitin slapped his face, held his head as one would a heavy boulder and smashed it against the iron railings.

As blood spurted out of his cracked cranium, he slipped out through the window sill and floated into the evening cloud kissed skies.

The last words that hit his ears before he bid goodbye to life were, “Now, you follow me wherever I go”.