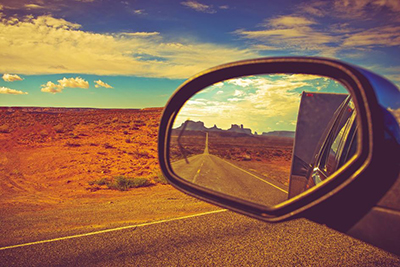 “Good morning Sir,” said Imtiaz as he held open the door for his boss.

Chacko eased his long legs into the front seat of the police jeep. As the vehicle circled out of the society compound, Chacko opened his phone.

A flurry of messages caught his eye.

A stab of pain shot through Chacko’s chest as his eyes turned a darkish hue, the pupils constricting even further. Even as his fingers began to shake, he managed to stab a few keys, and pressed the send button.

Bose texted back, “Sure Sir”.

Four years working under Chacko had made him well versed with not just his boss’ routines, work ethics, but also his peculiar texting lingo.

Chacko turned to his right and barked, “Tripunithara jungles”.

As the driver took a U-turn and hit the main road leading out of the city, Chacko threw back his head and closed his eyes.

Within a second, he was cruising the tortuous highways of his past.

The memories came flooding by…

As one just entering into teen hood, he had spent long summer months poring over spy thrillers, his appetite whetted by jaw dropping high octane adrenaline dripping tales of daring all black clad vodka consuming spy glass wielding uber spies flitting in and out of cities and continents and solving hair raising crimes, catching uber white collar fortune hunting criminals who looked as if they had just stepped out of million dollar movie sets.

Alas! How fast dreams turn to dust.  The hard rock of reality struck barely a year into his joining the police force, and now after almost three decades of sleuthing (and two divorces, three live ins and several one night slam bam thank you mams’ later,) Detective Abraham Chacko, Assistant Commissioner of Police, Crime Branch, Cochin City Police had come to the horrific, and maybe, even regrettable realisation that life including police work is not always what it promises to be; in fact it’s entirely its opposite.

The vehicle skidded to a halt.

Even before he had stepped out, SI Bose had opened the door and offered him a smart salute.

That doesn’t stop, ever, even in the face of multiple murders, he mused as he stepped out.

“Sir, over here”, Bose proffered as he led the way through a thick undergrowth of knee high grass.

And so it were that one fine Monday evening when otherwise he would be busy humping yet another woman from his enviable harem of big assed beauties, Chacko

found himself, clad in knee high military boots and spyglass in hand,  hacking his way through the dense jungles that ringed the northern periphery of Periyar Forest Reserves, in Central Kerala.

“Aaah…I guess I have hurt my leg”

Detective Chacko turned around and pointed the flashlight first at his deputy’s face, then at the ground below.

The torch beams slowly rose towards the ankles. The lens illuminated a stab of blood that had spurted out of the ankles and shone through the regimentation khakhi trousers.

He lifted the torch beam towards its owner’s face.

‘Just a little gnash. Nothing much. It’s rocky out here. Plus, the earth’s all wet. Just go slow and fall back behind me.’

Detective Chacko inched forward; his deputy at his heels; the duo trudging forward, two amorphous shadows flitting in and out of the dreary dark expanse that loomed ahead.

It was Bose who first spotted it.

As Detective Chacko turned the flashlight towards two feet in front of him, the sight that greeted him sent an icy chill run down his spine.

There, in front of him, around a small depression in the ground, stood a almost six feet high monolithic all black stone spire, and just below it, on the marshy grounds, lay, smeared in blood a headless body, a body shorn of all clothes save for an underwear that covered the male genitalia.

As Bose from behind let out a half scream, Detective Chacko once more came to the horrific realisation that in life you didn’t need an opponent to bring you down, the mere sight of a certain disgorgerd human body would do the job just as well.