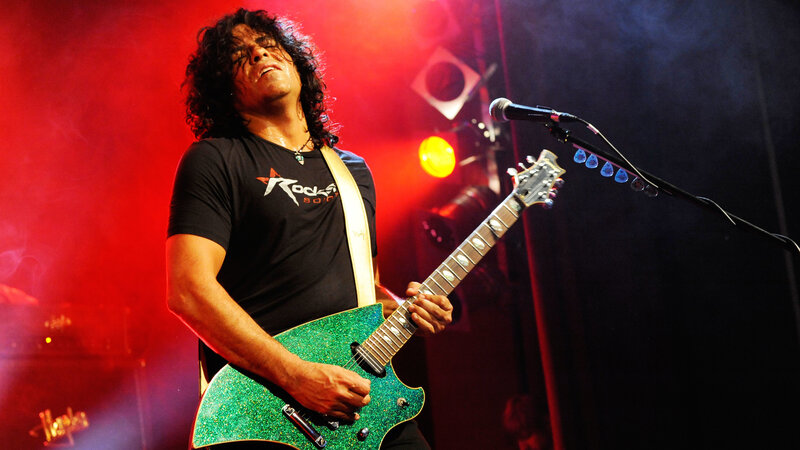 Hollow sunken eyes that framed a jaunt pale yellow textured face atop which fluttered like a windmill gone unhinged, a flotilla of shaggy knotted hair, a colour which can only be described as psychedelic—Raghav was all this and more when he took to the stage.

Rags to one and all, the man, who was showered with epithets such ‘SEXY RAGS’,  ‘LIGHTNING’,  and ‘DREAM BOAT’ by his huge army of hyper ventilating salivating fans was the kind of crowd puller the likes of which was never seen in the Cochin firmament,  be it in the world of Arts, Culture, Science, or even Politics.

On stage, electric guitar in hand, blood red bandana fluttering in the open air amphitheatre, Rags held court, energy and excitement personified,— mouthing nee screaming out words and belting out one Western chartbuster number after another, the lyrics of which a didactic judge would pronounce as extreme profanities.

They, though, the crowds, the adrenaline driven, high on testosterone pimple faced half clad teeny boppers loved Rags; he, with his wild, gum chewing, foot stomping, drug taking ‘to hell with you’ braggadocio was their ultimate wet dream come true.

Pity, he had to go so soon, silenced by a single bullet to the chest from a high powered telescopic rifle fired by one among his many detractors, the kind who felt he was stealing the thunder from under their feet.