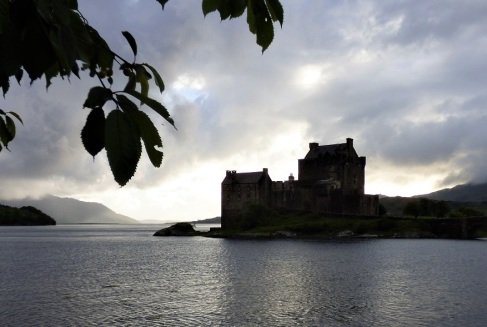 For all through the day and well into night, Sheena lived a deadened existence.
Her hours were spent in the kitchen, or at the lone factor five kilometres away that she tredged barefoot, barely escaping the wrath of knee high jagged edges long thorny stalks and reptilians of all shapes, sizes and venomous inclination.
Once there, she sweated it out in an underground basement that was sans ventilation and so full of squalor that the putrid air would make her retch all every other hour.
All this to help fashion picture perfect shoes that would labd up as prized fashion pieces and ultimately adorn the dainty feet of upper crust society ladies.

Making shoes to fit others’ feet but herself condemned to a life of barefoot deprivation.
She never missed the sad irony of her existence and come evening and long past the long, long nights when the world and it’s neighbourhood had gone to sleep, she would wake up and gaze outside her window at the castle that stood across the lake from her impoverished little village home.

She would watch with spellbound awe and with more than a tinge of yearning at the majestic century old Gothic styled castle, at its multifarious steined glass windows through which dim lights would escape and form shimmering images on the crystal clear waters below.

All alone and seated on a stony slab in her backyard, she would watch the enchanting contours of the castle, her eyes glued on to the waters as she were wonder struck five-year-old, at its silhouette as they turned blue, red, jade green, even, a fast fading ash grey as myriad psychedelic images played tricks, trickling through from one gloomy hour onto the other.

But far from feeling gloomy herself, Sheena would remain her usual effervescent self, never for once allowing herself to turn weak and walloping in the deep dark dungeons of despair.

On the contrary, she would gaze out, alternately at the lovely hill top castle and at the azure waters that reflected its pristine glory, the quivering waters at times lapping up, every single inch of the the scintillating, mesmerising, hauntingly beautiful edifice.

And on certain moonlit days, when all of Nature would conspire to further heighten the beauty of the castle, she would allow her mind to wander about; to dream, to imagine things and events that a sixteen year old poverty ridden unlettered country girl should never ever be even faintly thinking about, even in her dreams.

It was in such moments that Sheena would come alive and allow herself to to be transported to La La Land, a land where perfection reigned, a place where everyone knew everyone and everyone was happy, and contented and never knew what it was to be poor and unfed and unclothed and unloved and unwanted.

And as the nights grew darker and darker and then twilight approached, her fantasy filled dreams would die a slow natural death, and she would again come to the reality of her drab, dreary, depraved existence.

It would be back to square one for poor Sheena, but come nights, her dreams would again take wings and there she would be, flying off to Dreamland, living in her mind’s eye the kind of life she wished and longed for, and hoped someday would be hers too.

In her heart of hearts she knew her Prince Charming who resided in that magnificent castle, would come, floating above the waters, atop a pearly white horse and lift her off feet and together the two would gallop away to his kingdom where she would live the life for ever the life of a beautiful Princess, a life of perfection she knew was fated to be hers.