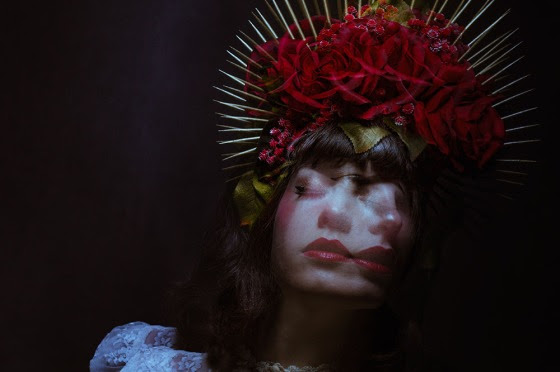 A DEATH IN THE CLASS

Five minutes into the class and the optics of the room immediately changed.

Changed for the worse, that is.

It all began with a student’s entry.

A particular student, that is.

That’s because the said student had trooped into the class just when Mathews had turned his back towards the class and begun writing down the bullet points of the  passage that he had instructed his wards to go through.

At first he didn’t realize it.

Didn’t feel that anything was wrong.

But then minutes later, he saw her.

Rather, saw her eyes.

They were both, shut and open.

Caught in the middle of decoding to the class the finer subtleties and complexities that lay inherent in Gustave Flaubert’s dark and deeply disturbing tale that narrated the hair-pinned hell raising eye popping ups and downs that characterized the chequered life of Madame Bovary, the hugely dissatisfied protagonist in the eponymously named book, Mathews thought he had had his class of eager beavers hooked.

True, the front three rows were choc a bloc with eager beaver students who looked at him, at every single lip movement of his, clinging on to every word, phrase and sentence that he was uttering with riveted attention.

His heart swelled with justifiable pride and he prodded on, passionately breaking down in simple, understandable language for the benefit of his graduate students, all whose avowed goal was to bell the CAT, the highly competitive examinations that the successful clearance of which promised the much prized ticket to one or the other of the top five B-schools of the country, a ticket not less than the golden ticket to a life of name, fame, and unimaginable riches.

But soon he hit a roadblock. His concentration faltered, his ebb slowed as he found himself looking into the listless, luckless, lackluster half shut droopy eyes of the said student.

There she was___ an anathema, an aberration, a complete diametric opposite to all others in the class.

A crazed look framed her heavily scarred face, skin around it a pale yellow, looking as if it had been a few months since it had made contact with water or soap.

She opened her eyes just when he was about to reprimand her, and locked eyes with him.

It was only then that he realised that she was reeling under the effect of some psychedelic drugs for not just her lips and arms, but her body too began to shake.

Alarmed, he rushed past the benches towards her, but the effort came a wee too late.

She had collapsed on to her table, blood spurting out of her ears.