Why do I write? Why do authors write?  It’s a question that I am asked every now and then.

The question pops out of peoples’ mouths a tad more often around the time of a book release.

Take me, for instance.

I have just released my fourth book in a little over four years. 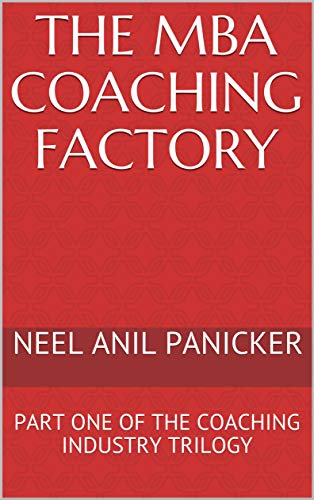 It’s beèn barely 48 hours since the Amazon launch of my latest ‘baby’ THE MBA COACHING FACTORY, part one of a three_part trilogy on the coaching industry.
People, those who know me and quite a lot of those who are no more than acquaintances, or worse, even rank strangers ask me this million dollar question_ NEEL, WHY DO YOU WRITE?
And even if they don’t mouth these words, they have this utterly quizzical expression on their faces, wondering why the hell do some people write___write books, short stories, poems et al?

I write because these and more such thoughts deeply trouble me, and the more they defy logic and reason, the more they beguile my mind, and the more they demand my attention, my demanding, deep rooted analysis.
I write because such and more such thoughts wrestle me day in and day out, and rest not until I put pen to paper which in my instance is to stab my fingers onto computer keys, giving birth, converting deeply embedded amorphous thoughts into some kind of prose and language that is hopefully, not just understandable but also helps the reader in knowing himself or herself a tad better.

That’s why I say, I am absolutely empathetic of all who call themselves writers and go about every single day struggling, fighting, wrestling, dithering, analyzing, rejecting, accepting a word, a phrase, a sentence, a paragraph or more in their bid to put their thoughts into words and make sense of the world around them.
So, to answer that beguilingly ageless question:  WHY DO I WRITE ? I SAY,
I WRITE TO MAKE THINGS RIGHT. I  WRITE BECAUSE I AM, BECAUSE I WANT TO MAKE THINGS RIGHT.
#neelanilpanicker #whyiamawriter