POPPY LAND_ THE DRUG STORY OF INDIA (crimefiction/chapter ONE) 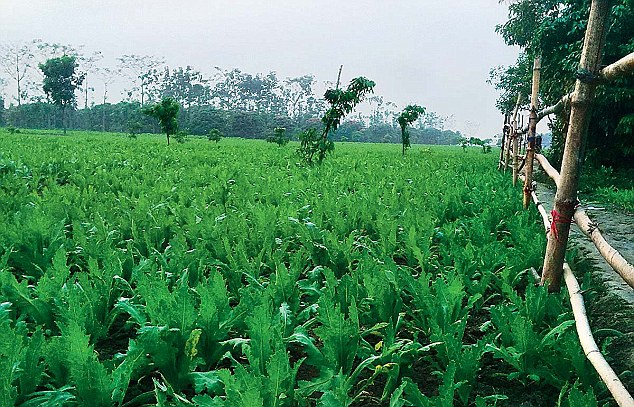 For good or bad, the place is not connected by air.

Getting there is easy though.

You either arrive by train or by bus. The former is easy if you were to take the night train to North Bengal or North East. Almost all of them have a halt.

For the latter, all you need to do is to deboard at Kolkata and and take any bus that’s heading towards Siliguri. After a ten hour roughly 300 km rickety journey that takes you past lush green rice fields you alight at Malda. Once here, take a bus and there are dime a dozen available at all hours of the day and night and you will, after another back breaking eight-hour bumpy ride__this time past near non-motorable roads, arrive at Gopalganj.

Welcome to Kaliachak Block Three__also called mini Afghanistan__the epicentre of what is the one of the largest and most lucrative illegal drug trade in the entire East of India__an annual business whose turnover exceeds an underground economy upwards of Rs 5O,000 crores.

Take a cursory look for there are gun toting men all round and all you see are acres and acres of lush green fields__all poppy plants roughly three feet high and topped with yellow flowers that like more like frilly tulips.

Barely 8 km from the Bangladesh border, almost every hosuehold is involved in this trade. Even children as young as ten years old spend their days scraping off white latex from the opium poppy_ the main ingrideient from which later heroin is processed. This makes more economic sense for their impoverished than allowing these tint tots to play with dolls.

Come Diwali, their parents reward them with not with harmless crackers but with country bombs_ the pay off they get out of selling unrefined poppy to middlemen who finally sell it to the next in the supply chain fro further processing and selling off into the markets__ both national and international.

Here morality takes a backseat and howver much you may find their actions questionable, the harsh reality is that for these largely poor, Muslim families there’s no other way of living.

It’s eithet this, or a bullet in the head.