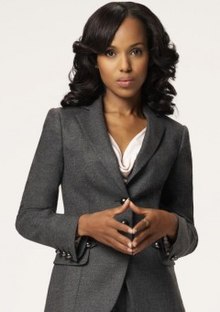 You are a moron, a big fool. Even a five year old has more intelligence than you.”

It all happened in a flash. By the time Olivia could gather her wits, the knife was encircling her throat, the glistening long blades pressing forcefully against soft skin.

An excruciating pain began forming around her neck; she erupted in spluttering agony filled gasps.

The rarefied atmosphere of the darkened bunker ensured each intake of air was an Herculean effort.

Raising her wobbly head, she swapped the loose strands of hair off her face and looked straight into the eyes of her tormentor.

She knew she had touched a raw nerve; her continued survival now hinged on how he had taken the insult. Would he turn barbaric and allow his beastly self to take over and cut her slender body to pieces, burn and feed her flesh and bones to the umpteen greyhounds that she had seen all around the desolate fortress that they brought her over a fortnight ago.

Under her watchful eyes, his pupils dilated, a wee bit.

She knew this was her only chance.

She went for the jugular.

“I am Olivia Pope; mistress of the President of the United States of America, the most powerful man in the world. Imagine, what that means. Right now you are just a lackey, a sidekick of your boss, a paid dog, an obedient servant of his master, one who took all the risk to kidnap and house me here only to make money for his boss. It’s time you enter the big league. It’s time for you to become to become the man that you are meant to be, to turn the tables and negotiate me on your own terms. Remember you have Olivia Pope_the Olivia Pope_   and I am worth billions in the open market. Go ahead and trade me and get rich beyond imagination. But then for that you need to have guts. Do you have guts, Steve?”

The question seemed to have hit her captor like a sledgehammer. His eyes constricted and droplets of sweat trickled down the nape of his neck.  Olivia felt the edges of the metal tighten around her neck. Her blood vessels began to constrict.

“She muttered to herself. This is it. She was going to die. It’s now or never.”

It was at that instant that she raised her head and looked one last moment at her nemesis.

And what she saw told her that her gamble had paid off.

It was in the eyes, something about them, those pupils, the way they constricted, the way balls turned a tinge of purplish red.

She knew she had won. That she had managed to outwit this dim wit. That freedom was now just a leap-frog away.