Skip to content
SRIDEVI- THE GIRL WHO ALMOST BOUGHT TOMORROW 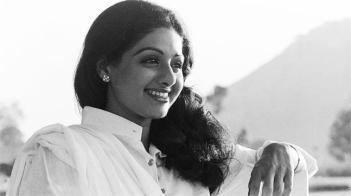 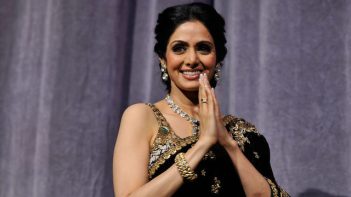 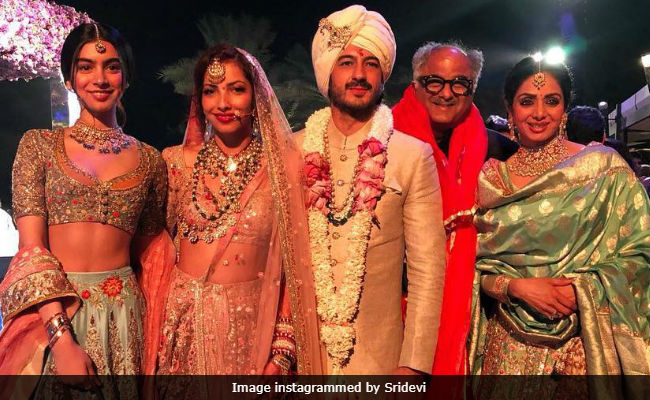 By Neel Anil Panicker
All of us have a past, some a present too, but none of us are promised a tomorrow. It is also equally true that almost all of us have hacked their way through the past and strive hard in the present, harbouring hopes and dreams of a better tomorrow.
And this maxim doesn’t just simply apply to the plebeians, the hoi poloi, the teeming multitude of common men and women who live and breathe, stretching limb and body, hitting the myriad roads that dot every nook and corner of this wide world.
It applies as aptly to the rich including the swish set, the uber crème de la crème of society as well.
Be they man or woman, rich or poor, good or bad, every single person on Planet Earth dreams and works towards a tomorrow.
The poor and not so poor slog their lives working towards a better tomorrow, for their children and the children of their children, if not for themselves.
As far as the rich go, well, let’s not be mistaken. They too slog, albeit differently.
Their tomorrows are not about garnering wealth (that they have in plenty, unless they are Palanpuri Jains, for then enough is never enough!)
Instead, they slog with only one purpose, which is to prolong the ecstasy of the present, so as it seamlessly merges with the unseen future.
Take for instance the case of Sridevi, the once reigning queen of Indian cinema who died of a massive cardiac arrest, literally dancing her way to the after life.
At 54, she had everything going for her: uncountable riches, a super cool sugar daddy of an understanding hubby, two beautiful daughters, and a fan base that worshipped the very ground that she walked upon.
Blessed with drop dead good looks, a coquettish smile and an impish charm that could melt even a stone, Sri Devi’s present was perfect__just like in the movies, the countless numbers that she played in, commanding fees and garnering accolades more than even the leading heroes of her time.
And then avarice took over. She began to succumb to a very common human failing. She wanted to live her dream for ever. She wanted her present to remain ever so, to continue into the future, not knowing that one cannot forever live in the present.
And for that she turned vegan, started following her doctor’s advice, went on a crash diet, prepared and stuck by a list of do’s and don’t’s__ reportedly she had started to micro manage her diet and lifestyle to the last micro second. What to eat, how much, when and with what and with whom blah blah blah…
Quite tragically, the world woke upto the news of her death. The cause: “massive cardiac arrest.”
So, what was her crime? Was it that she wanted to look beautiful for ever, wanted and desired that her hour glass figure and porcelain china face not fall prey to the ravages of time?
That she tried to delay the onset of ageing by going under the knife?
I remember in one her earlier interviews she had said and I quote, “ For me health is wealth and I take utmost care of it. I have gone completely vegan and monitor my movements to a T.”.
Picture this: here is one of the most beautiful women Indian cinema has ever seen, one for whom the world is her oyster, and all she wants is to look forever beautiful.
And she does all that is possible to maintain that image, that beautiful picture post card image of eternal beauty that is forever etched in the minds of her innumerable admirers.
Can one find fault with that line of thinking? Can anyone for that matter? Is there anything wrong in aspiring to do so?
Can anyone begrudge her this vain attempt to delay the inevitable, to dream of a tomorrow that never ever comes?
You don’t die at 54, wept her fans. She was so young, so beautiful, others moaned. All those who had swooned over her Greek Goddess’ looks, mooned over her lissom figure and touch me not butterfly eyelashes and winsome persona now wept, swept away in an avalanche of emotions.
Sridevi’s tragic death has once again brought home the stark reality of the transitory nature of our lives. It is told all that whatever be our past, we only have one present, and tomorrow is just a mirage that never ever comes.
A day prior to her shocking death, I had decided to go on a crash diet, strictly vegan.
Let it be known: I am off it, for now and for ever.
Oops! Did I say for ever? I am sorry, make that for now. For, don’t we all know that tomorrow is just a promise that never ever comes.
©neelanilpanicker2018 #sridevi nce #queenofhearts #bollywood