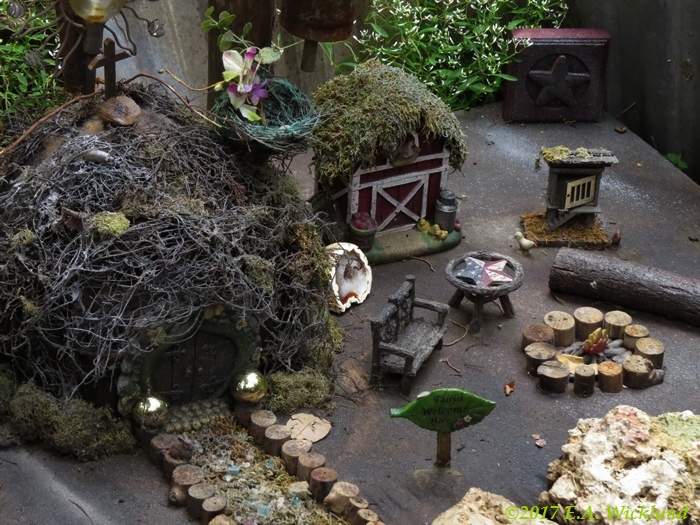 “Mrs Mallick, I must say for a child of his age Rohan has a very fertile imagination. Here have a look at this.”

The two ladies looked at the arts and crafts patchwork laid out the long display table at the Annual School Arts and Crafts Exhibition.

“Isn’t that simply wonderful”, Miss Radhika Bose, the Class One Arts Teacher continued, pointing her finger towards the long angular cobbled pathway that led to a domed forested villa.

“Right down to the rocky outgrowth abutting it, the cute little wooden bench and the birds’ nest, tinged a sparkling blue, every single detail is a sensual treat. And the icing on the cake__ this quaint little miniature house adjacent to the main one. Tell me Mrs Mallick, which child of six displays the intelligence and foresight to draw such beautifully?”.

The question was meant as a rhetoric and as such Mrs Mullick had nothing much to offer but simply smile in acknowledgement of the deluge of praises that were coming her only child’s way.

She didn’t deem it fit to reveal to anyone the inspiration behind the ‘second’ house.

How embarrassing would it be if she revealed that Rohan’s father kept two houses.