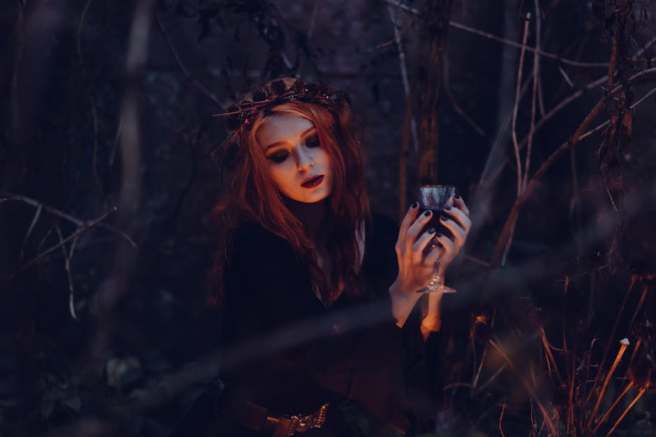 A heavily plastered face, mascara, false eye lashes, thick red lips and long six inch psychedelic nails, thick curly hair let loose and falling all the way down to where the spine ends: To us small towners she always was an oddity, a strange creature, as if she was not part of the homosapien species.

We would get shit scared when we spotted her and quickly hid behind walls, dustbins or whatever it was that promised us protection.

One day we spotted her venturing into the forest that lay beside the waterless lake that abutted the nondescript neighborhood where we lived.

To us, all six bosom buddies, she was a riddle wrapped in a mystery inside an enigma.

We thought we had the key to the mystery and followed her to the jungle.

Barely 50 meters or so, we spotted her, beside a huge pine tree, her hands resting on a thick branch, her lips sipping from a blood red glass.

She turned around and that was when we ran for our lives, ran faster than Ben Johnson could ever do so.

It was only much later did we learn about the child serial killings that had hit double digits.