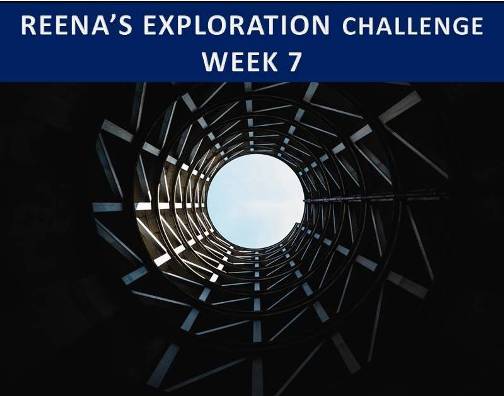 Take any one belief of yours that has ruled your life, and examine it from the following aspects.

2 Can you absolutely know that it’s true?

3 How do you react, what happens, when you believe that thought?

4 Who would you be without that thought?

Like last year and the previous three years before that, this year too Coaching Time has emerged as the number one coaching institute in the whole of Delhi region. But unlike previous years’ successes this year’s results have been slightly different. Well, before naysayers think otherwise, this year the results have been phenomenal as for the first time in the 25 years since this organization was founded, the Delhi region has outbeaten all other regions handsomely, by a stupendous 30 per cent margin, to emerge as the numero uno by a long mile.

And all credit for this outstanding growth goes to all our valued staff members from the marketing, sales, finance, accounts, planning, and operations departments besides the academic department which includes our most valued faculty without whose sincere and tireless efforts all this would have been next to impossible.

Last but not the least, a ship is only as god as its captain and for that we need to be very thankful that we have at the helm of affairs a man who is synonymous with success, whose dedication and resourcefulness and gung ho attitude towards work and life in general has enabled Coaching Time to garner such love and respect among the students community who are our largest stakeholders.

As a small token of our immense gratitude we now call upon Shri Sai Kumar Swamy to kindly come on stage and accept this award and also share with us his rich and varied experiences in successfully running Coaching Time, a byword in quality coaching. “

First of all I would like to thank all of you for the grand success registered by Coaching Time- Delhi region.

This has been the fifth successive year that we have posted superlative results and this year especially we have outbeaten our previous years’ performances.

Chairman Sir has been too kind to shower such fulsome praise on me but I think that’s part of his nature. I have always known him to be generous with his eulogies, always delivered in that lovely soft uplifting voice of his, a voice and manner which convinced me to heed his advice and take up this noblest of all professions.

I see all around me chests swelled with pride; faces etched with mile long smiles, hands tirelessly clapping away with the announcement of every single award; team spirit and bonhomie at its peak; each one of you jubilantly and lustily cheering the successes of the other.

It pleases me no end to see such camaraderie. It shows that we have in Coaching Time- Delhi Region a very formidable, well strung, highly motivated bunch of super achievers ever ready to take this organization to stratospheric heights.

Now I will take this opportunity to talk about something personal, something, an incident  rather, that opened my eyes to a new reality.

A month ago I was visited by a young man, a youth, barely 22, and quite curiously one of our ex-students.

His name is Shrikant Vashishth. Faculty members and sales colleagues from the Connaught Place centre might remember him, a lean bespectacled shy student who had enrolled himself into the G 8 weekend CAT batch of 2015.

I recalled that he had topped all India CAT B-School entrance test that year.

I surmised that he must have joined any one of top three IIMs of the country and having graduated now, could be here,  simply paying me a courtesy visit.

It was only a few minutes later did I realize how grossly wrong I was.

This young man, around 23, a first class topper and a gold medalist to boot from IIM, Ahmedabad was meeting for a teaching assignment.

Yes, you heard that right! This man, who had over seven placement offers from the crème de la crème multinational companies around the globe, each outbidding the other in offering over ten figure dollar salaries was turning his back to all that and wanted to join as a humble teacher.

Unbelieving my ears and the words that he spoke, I thought of putting him through the grill.

“Shrikant,” I said, “Do you know what you are doing? How could throw away your life like that, turning a blind eye to what is the start of a great, successful career for you”?

He looked at me with calm steady eyes and replied, conviction dripping out of every word that he spoke.

‘Sir, my definition of success is different from yours. When I joined Coaching Time, I was just one of the lakhs of students who take the bus or the train or the car or the bullock cart, selling or mortgaging their farms and lands to arrive in the big city and enroll at a coaching institute that gives them a realistic chance at taking a crack at an examination that could change their lives for the better for ever.

Some of them are successful and see their wishes becoming fulfilled; the majority see their dreams get shattered and trudge back to their small cities or stumble and slumber through life leading mundane existences.

I am lucky that I was among those rare few who succeeded. All this because of my teachers, the talented, hardworking faculty of your institution who helped in every which way to help realize my dream.

There were days when I just couldn’t cope with the fast paced rigours of academic life. Waking up in a strange city, washing clothes, cooking food, taking the Metro to attend back to back six hour classes, and then coming back dead tired but still getting back to self studies shortly.

Add to that the complexities  of certain topics and it would have been easy for me to raise my hands, give it all up in despair, accept defeat and take the night train to Bihar, to my home town in Munger district, to whatever awaited my fate.

It was during such times that the teachers helped me, gauged my changing mood swings and injected me with the much needed injection of hope, positivity and belief.

It was they more than me who believed in my potential to bell the CAT, and it is to them that I owe my success.

It is they who taught me the greatest philosophy that a human being on this planet can live by and that is “Service before Self”. I owe them and the society that nourishes souls like them a huge debt and it is my way of repaying that debt.’

Friends, for a long, long time after he left, I sat there, chained to my seat, my mind battling a million conflicting emotions, a deep knowing pain shooting through my heart, my eyes shell shocked and in limbo, utterly flabbergasted, shocked, and above all shamed.

This young boy, half my age, had shown me the mirror, a mirror that I had consciously strayed away from all these years. He had told me things that I knew were right, so utterly right but had foregone long, long ago in the false pursuit of materialistic power and pelf, success measured in the amount of crispy notes that one had in the bank.

I went back home that night but the uneasy feeling of something terribly gone wrong persisted. In fact the initial sense of discontentment, a vague lingering feeling that something was not quite right had by now grown into full blown depressive despondency.

That night, long after everyone had gone to sleep, ad after an hour of tossing and turning around I finally gave it up and got up and entered my study.

I decided to confront my inner self.

I lit a cigarette, a very rare event for me, and as the first puffs of Benson & Hedges wafted into the air, making concentric circles all around the comfy air-conditioned room, I settled down into my recliner and my mind walked down memory lane.

I remembered my impoverished childhood, my village, my school, the only one that had a roof, I remembered the day I graduated, I remembered my first tryst with big city life, the day I enrolled for CAT coaching in Hyderabad, the initial days and months, my diffidence, my discomfort with all things English; I remembered the times when I felt depressed enough to want to kill myself; I remembered my teachers, the excellent faculty who held my hand and guided me and filled me such strength and belief that I went on to not just cleat the CAT but bag a seat at IIM-Bangalore.

I also remembered the changes that happened thereafter; how I chased money, ran after bigger and bigger offers, sacrificed my principles at the altar of materialism.

Friends, I sat alone well into the night and gradually began to see how far I had strayed from my beliefs.

The one that I had become was not the one who I had started off as.

As one material success after another piled up I was losing out on my inner beliefs, my core principles. I realised  that I had to change, to go back to own real self, discover my elemental belief, a belief nurtured into me by my teachers whose tireless selfless services I had abused to serve my own narrow minded selfish interests.

Friends, in Shrikant, a boy from this organization, I began to see my own mirror image, an image from which I strayed several miles away.

I have decided to look myself in the mirror and live my beliefs. I know that I am nothing, cipher, zilch without my beliefs. I am thankful to Shrikant for showing me the mirror to my thoughts, for bringing me face to face with myself.

I believe God wanted to deliver me a message, a thought; Shrikant was only a medium. It is upto me to retain that thought or transform it. I have decided to do the latter.

I, along with my new partner Shrikant, have decided to build a world class coaching institute that will provide absolutely free coaching for all graduate students in India. Anyone and everyone who believes in the motto “Service before Self” is welcome to join us. Thank You and have a great time “