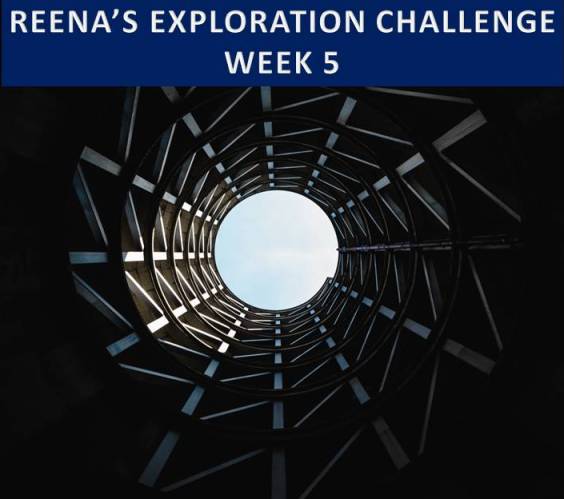 Hosted by the super talented Reena at https://reinventionsreena.wordpress.com/2017/09/22/reenas-exploration-challenge-week-5/ 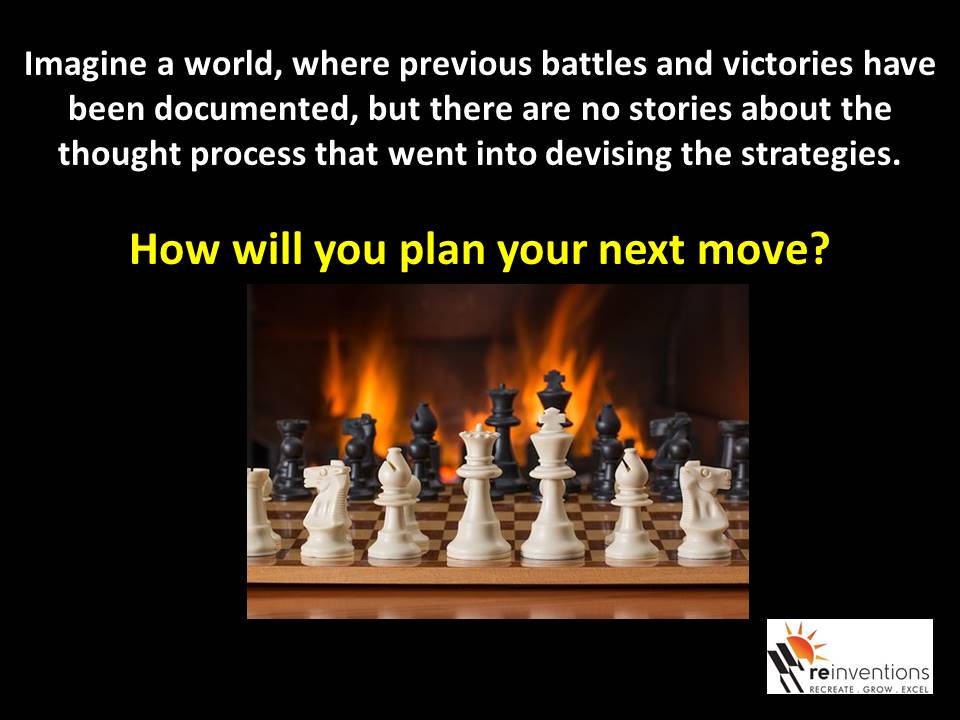 LOOKING BEYOND THE NUMBERS

Rubbing his eyes in disbelief, Mahesh got up from his chair and began to pace up and down the floor, his fingers tightly clutched inside sweaty palms.

The results of his Diagnostic Test stared him in the face.

It was a timed test that helped the students gauge their current levels and helped them get a better understanding of their strengths  and weaknesses in order to prepare themselves for the final Common Admissions Test (CAT) nine months down the line, a test that would make or mar their professional careers, decide whether they would end up in any any one of the top ten premier Indian Institutes of Management (IIMs) of the country or languish in a lowly job, joining the ever toiling hoi polloi that make up the great Indian workforce.

A slight stirring from the corner bed broke his thoughts.

‘Turn off the damn lights, will you’.

It took awhile for Mahesh to register what he heard. Then, still in a half daze, he pulled his arms out and turned off the switch.

‘No point in disturbing others’. His roommate Arvind had just returned from his night shift.

As Mahesh slid himself under the sheets and closed his eyes, his mind lay awake, playing in a loop the roller coaster happenings of the past few days, each recall exacerbating his already frayed nerves.

Here he was, barely a week into life in the big city, some 1500 kilometers away from home.

The past three days had been particularly tough on him. The first day, after de-boarding at New Delhi Railway Station from a jam packed Jharkhand Express, he had headed straight to Coaching First, the premium coaching centre for CAT that her friends and teachers back home in Sitamarhi had recommended.

For the next couple of hours he had sat and heard out an impassioned extempore from the Front Desk Counsellor, a stentorian heavily bedecked lady with a lipstick smeared powdered face who trotted  out in a rat-tat-tat fashion the advantages of enrolling at Coaching First, her multi-hued long nailed finger tips repeatedly pointedly towards the walls all around her which were plastered with the smiling visages of successful pass outs, and the linear golden ribboned tagline of the institute, ‘Turn to us if you want to turn your dreams into a reality’.

Sufficiently impressed, Mahesh had signed himself for a one year long term course by completing the necessary admission formalities and paid out her fees, a six months’ advance with the remaining to be paid within the next 90 days.

An hour later he was filling up another form, this time at a seven storied box like building whose half peeling faded façade was emblazoned with the legend, PG FOR BOYS ONLY.

He had forked out a three months’ advance of Rs 15,000 and found himself herded inside a near bare cubicle sized room.

“This is your bed,” spat out the landlord, a 65-year-old who walked around with an unusually ramrod straight back as his eyes turned towards a small door sans hinges.

‘That’s the bathroom-cum-toilet. You’re two of you here, as of now.’

After the man had left, it took another hour before Mahesh could make himself comfortable, stacking his clothes in the drawer, piling the first set of books that the institute had handed over on the side table, generally trying to make life as comfortable as could be possible in such alien surroundings__alien room, alien city, alien culture et al.

His mind pole vaulted into the previous day’s events when at exactly ten in the morning he had found himself at Coaching First, seated in a ‘packed like sardines’ classroom, listening, wide eyed, along with around a hundred other students a forty-year-old man’s impassioned speech about the arduous road that lay ahead.

‘Dear students, I welcome you to the class but before I kickstart your CAT class, first things first.

I need to show you the mirror and bring to the fore some harsh truths.

Nowadays, the road ahead for a student, especially so in India, is an uphill task.

The struggle for them commences right after the Board or Class 12 exams. For it is here that he decides whether he is good enough to get into the IITs, the gateway to the best engineering education in the country rated at times, even above par of some of the best colleges around the world.

But then reality strikes and how. Not many are good enough to sneak past its narrow doors. Of the over ten lakh students who sit for the test every year, a paltry 3000 ultimately bag a seat, and of this too, only the top 100 get into their choice streams.

Almost similar, if not more, is the case with the entry level hassles that go with bagging a prized Medical seat.

Government colleges with their heavily subsidized course fees are a major draw but open its doors very slightly as the intakes are low and the demands staggering.

True, one can pay through one’s nose to bag a seat ‘out of turn’ but then how many of us have the surname ‘Ambani’ tagged to our names?

So what do the Children of Lesser Gods do? Well, nothing but slog through college picking up a ‘regular’ degree in any one of the innumerable ‘standard’ courses and then join the long que outside caching classes that promise the moon and the earth and everything in between to give themselves a realistic chance of grabbing a B- school seat into any one of the premier management schools.

Here too, what exactly are their chances?

Now let me run you through some stark statistics, because like Shakira’s hips, my lips won’t lie when I trot them out.

Which means the dreams of only one in every 4000 enrolled students get into one or the other top IIMs. The others just fall by the wayside or languish in some lowly paying jobs after passing out of some third rate management school that no recruiter or employer worth their his salt would dream of even touching with a barge pole.

A collective gasp erupted from the students. It was followed by whispers, followed by pin drop silence.

Mahesh, like everybody else, knew how tough it was to crack the CAT and get into the IIMs. But then as he listened attentively from his far right corner bench to the words he felt a massive weight forming in his chest. He shuffled his legs below the table and wringed his hands as a cold wettiness began to form under his faded cotton blue shirt.

ran through the class structure and the road map for the days and months to come.

He finally ended his class with the words, his rich baritone voice ricocheting off the classroom walls, “Remember, no pain, no gain. Work hard, burn the midnight oil, and keep the faith__success will surely follow”.

Mahesh woke up in beads of sweat. The words from the introductory class rang in his ears, bombarding his senses with the intensity of a mild temblor.

No pain, no gain. How true. All achievements and accomplishments in this world, have come through hard work; work that entailed turning days into nights and nights into days.

Mahesh recalled the words of his ‘guru’, his Class 10 Mathematics teacher.

“Remember Mahi, your namesake the brilliant Mahendra Singh Dhoni, the hugely successful captain of the Indian Cricket team used to say, “It’s not the runs that you score that matters, but when and what stage of the match you score them that really matters, ” adding, “my dear Mahi, don’t let mere numbers and scores bog you down. They are like small pebbles on the vast ocean of life. Wait for the next tide and the fortunes will change, bringing in new pebbles, new scores, completely washing away the earlier ones.

Don’t ever get bogged down by low tides. You are meant for the high seas. Go and meet the waves headlong; new oceans of success await you.

Mahesh sprang up from the bed.

‘Go and meet the oceans of success.’

How true were the words, Mahesh thought to himself.

So what if he hadn’t done well in the Diagnostics. Statistics were like sands on the ocean front. One huge wave hurtling down from the high seas and they vanish without a trace leaving behind a new pattern.

They are past masters at not just falsifying the truth but also are an irritant in the pursuit of one’s avowed goals.

The truth is that he was meant for bigger, greater things in life.

Come hail or shine, he will do all that it takes to crack the CAT.

With that resolution firmly embedded into his senses, Mahesh slipped back under the sheets and closed his eyes, awaiting the dawn of a new day, a day of hope and vigour and all things positive.