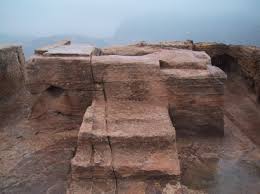 Om couldn’t believe his eyes __a hand levelled rocky expanse stared at him.

After a memorable night at the Theater and the Street of Facades, was this really the promised ‘Big One’.

“And to think that I climbed 800 sign posted steps up a rocky slope for this?” he chided himself.

As if reading his thoughts, Derek, his Australian friend, uttered, “You seem not too happy, mate. Wait till I show you something”.

“Now what’s that?”, inquired Derek, irritation creeping into his tone.

“See that raised platform over there,” said his friend, pointing to the left.

Perched on a cliff a heart stopping 170 metres below them was an altar.

There were over a dozen of these, all around 15 m long and 6 m wide. Each altar, set up on four steps, had a wash basin to one side.

“That’s the High Place of Sacrifice. The wash basins drain out the blood which then runs down the mountains. And some of them are of humans.” 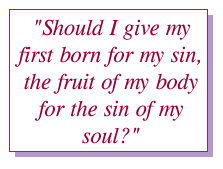 The main alter was for the burnt sacrifice. It contains several small steps and a niche where the fire could have been used. However, there are no evidences of fire at their altar or the other altars around Petra. Built into the two altars are wash basins.

Were there ever human sacrifices at Petra? There is no hard evidence but there is a Nabataean inscription at Meda’in Salehwhich reads “abd-Wadd, priest of Eadd, and his son Salim, and Zayd-Wadd, have consecrated the young man Salim to be immolated to Dhu Gabat.

Their double happiness. The god Al Uzza is also known to have received the sacrifice of boys and girls. In particular, the pagan philosopher Porphyrius states that once a year a boy’s throat was sacrificially cut at the oasis of Dumat some two hundred miles from Petra.