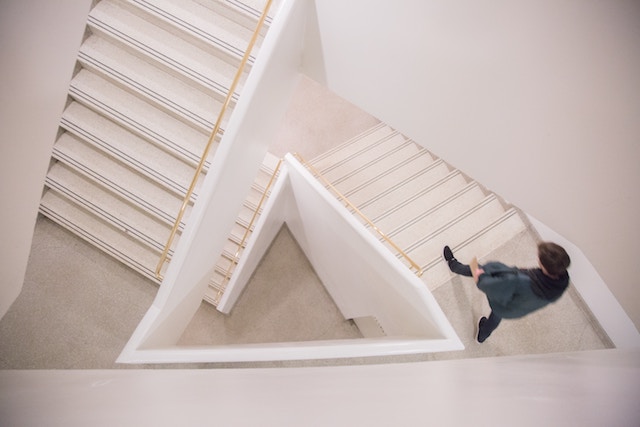 photo by Mahdis Mousavi via Unsplash

Al slipped the phone back to its cradle, trudged back to his bare boned six by six darkened cell that he shared with one other inmate and there, left all to himself with only the stony walls for company, he began to ponder over the repercussions of his actions, the frighteningly damaging consequences of falling in love with Lisa.

She was ravishingly beautiful, a sex bomb, no doubt;  his hands had never felt so good on any other female form, the kisses never been so long and passionate with anyone else, his heart never flipping for anyone as badly as it had flipped for the very busty, feisty, sexually thirsty nineteen-year-old Liz.

But why then did Al feel as if he were forever climbing up a steep never ending staircase, one that had as many spirals going up as it had coming down? Why, what, and most importantly, whose wrath did he fear so much that even a moment’s solitude spent dreaming about Liz and her ‘oh so obvious’ pleasures was proving to be a Herculean effort?