WHAT IS YOUR LUCKY NUMBER?

Ah! there again. I am just about to fall into the trap. The number trap that is. All through  life at various stages and varied ages I have been truly stumped by this question that is posed to me every now and then, mostly by well meaning well wishers or at times by yours truly itself.

Well, I will answer or at least make a brave attempt to answer that question as best as I can.

My answer lucky number is like yesterday’s rains__ erratic, seasonal and absolutely unreliable. I really don’t know when the next one is to come.

Answering or even trying to find a plausible answer to this perennially favourite  question leaves me perpetually stumped and a lot amused. If I were a kid and back in school then without batting an eyelid my answer to this question would be  _ NUMBER 1, numero uno. 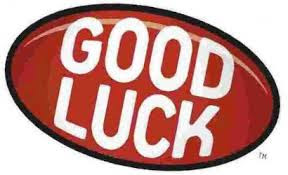 Because way back then when I was still hopping around in my half nickers I thought that there can be nothing else to settle for in life than the number one.

The view from the top was exhilarating, exciting and dizzy; and gave me an adrenaline pumping high to say the very least.

But with the passing of  several summers and the onset of umpteen winters years and as the first mild waves of maturity began to set in and life’s icy waves began to toss and hurl me around its deadly seas, leaving me with the not too appetizing option and blood curdling vision of either swimming with the sharks or drowning with the whales, I had my very own serious misgivings about this utterly farcical  numbers game and fervently preyed to God or whoever was there upstairs guiding this crazy planet and everything that breathed or moved a million miles below, above, around and even beyond it to spare me the deal of choosing a number, any number as my favourite.

I screamed out aloud to the lord and all mighty__fuck the numbers; simply keep me alive.

So, quite unlike those ‘lucky’ ones who pride themselves on having a ‘lucky number’ and joyously cry from the rooftops every time their number turns lucky (for them, thats is), I prefer to watch the sorry spectacle from sidelines and not partake of this misguided fervour, instead preferring to bide my time, waiting to strike lucky sans the veneer of a number.

Until then I am happy just being alive__lucky number or not.

I will chance my luck on that, what say!