A month into her affair and Shefali was living out the truth behind the age old maxim: A true lover knows all.

Right from the time they had first made love, his hands and fingers had been faithful.

True, they strayed all over her body and even to places she never knew existed.
But they always came back and stayed, hovered and lingered that wee bit longer behind her back.
Her lower back that is.

And Rishi’s fingers, led by the ring finger, were at it right now, making slow, loving circular movements over a slightly charcoal-black patch of a size and shape similar to the oversized dot that an over the top married woman slaps on her forehead on social occasions, ostensibly for ornamental purposes.

She knew what was to come. He would gently, ever so lightly run his fingers, and then cup his entire palm over the spot, caressing it and then slowly lower his mouth to lather the area with the most delicate and loving of kisses.

she asked as her hands played and lost itself in the thick maze of his curly hairs.
He lifted his head and looked at her.
He was wearing the familiar half smile that she had noticed and fallen for the very first time they had met.
As his eyes locked itself into hers she knew that he knew.
And when he lifted his naked self slightly upwards, gently entwining his muscular hairy legs around her quivering thighs, to finally cup his manly hands over her near teary eyed face and smother her with a million kisses, she also came to know that he knew the answer to her question.

As her eyes moistened and fought desperately trying to rein in the first tear drop from escaping them, she knew that her pain was no longer hers and that there was Rishi in her lover to help alleviate her sorrows.
He knew even without her telling so that the ugly patch, the around two inch circular scar that stood out like a ugly sore thumb in an otherwise beautiful body encased in  near flawless skin was in fact a scar__ a brutal scar and one of many inflicted by her father many moons ago, during one of his many drink fuelled rage filled childhood assaults on her tender body, the frail nubile limbs of his own daughter.
For years she had carried that horrendous memories  of her painful childhood.
Quite of a few of the knuckled belt marks, the hot iron braces, the red hot cane stick marks faded out and now were near invisible to the human eye, but all of them stayed, embedded in her consciousness, scarring her psyche for ever, unfailingly reminding and tormenting her with the painful memories of a childhood gone horribly awry.
He was looking at her and knew what she wanted.
And like a true lover, he gave it to her__quick, hard,  and brutal, just as she had wanted.
As his hands began to squeeze and crush her perfectly shaped enormous, floating breasts, his mouth cupped hers and inside them their tongues wrapped around, sliding over deep hidden chambers, licking, locking and loving away every single burst of fluid.

The words were more than a chant.

Rishi knew  what the moans meant.
And ready as he ever was, plunged himself deep into her much like the way a sun- scorched man man plunges a bucktful of water down ones heavily parched throat.
And he kept at it, again and again as his hands half lifted and kneaded the soft round of her buttocks.

And soon it began_ rumpy-pumpy bumpy ride_initially softly and then slowly__, and with the decibel levels shotting northwards as with each thrust the centre of gravity raced southwards.

The first of many screams and moans and oohs and aahs escaped her heavily ravaged lips and so continued, it seemed for ages, till she let out the final gasp__the sheer intensity and scare of which  threatened to bore holes into the concrete third floor hotel room of the nondescript hotel that was their den, their very own private den.

And as a final heart rending shriek of sheer joy escaped out of her ‘by now wide as a heavily pregnant woman’s womb’ mouth, the two lovers fell over__their arms and limbs flailing to either ends of the giant-sized bed__as the two heavenly bodies got lathered in an intoxicating mix of blood, sweat and tears of the ecstasy filled adventure that they had been to.

It was at that instant that the phone rang. She heard it on the fifth ring.

Still in a half trance, she picked up the device and pressed the receive button, her eyes still half closed.

“Where the fuck are you?”

Her body recoiled as if hit by a bolt of lightning. A wave of hot blood shot through her veins. The pupils of her eyes constricted as a slow scowl began to replace the utopian pleasure that was stamped onto it only moments earlier.
No one, not even her brother had the nerve to call her out like that, and
that too in that tone and voice. 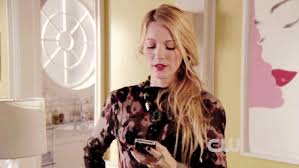 She needn’t have looked at the Caller ID.
She knew who it was.
In one swift motion, she jerked herself up and plonked her back to the bed side. \
Cradling the received to her ear, she barked back,

The voice at the other end beat her to it.

“Your mother has suffered a heart attack”. Get your ass in here”.

The line went dead as instantly as it had come alive.
The phone dropped from her hands and fell on Rishi’s forehead.
Jolted awake by the impact, he looked up through half groggy eyes
and muttered,

“Who was that, my sweety pie”?

She had by now reached out to the bed side table, flicked out a Marloboro hard from its case, and set it afire with the Zipper gold lighter that lay beside it.

The sting in her voice made him sit up.

“What’s the matter sweetheart?,” his voice betraying his concern as his by now alert eyes took in the changing contours of her face.

“Nothing my dear, just a slight change of plans. It’s goodbye hotel rooms. From now on, it’s just you, me, and my home__our home that is.”
***